We left to Mongolia on a Sunday, after we recieved a blessing from the Central Church in Omsk. Beside Monica, Natasha, Natalie, and me, 16 other people from Omsk made up the team travelling with us to Mongolia. We drove in three cars; one Hyundai minivan, one Nissan, and one Lada. We also had a trailer with a trampoline which was attached to the Hundai for half of the trip, and the Lada for the other half.

I drove in the Lada with 4 other guys. It stank. Some Russian men have not yet discovered the miracles that deoderant can do. Beside that, the trip was really boring. Siberia is huge, and all you can see are fields and birch trees covered in very heavy smog. During history class, I remember reading that the Nazis became very discouraged when they invaded Russia, because they felt as though the country continued forever and never ended. I finally understand how the Nazis felt.

We drove until Novosibirsk, where we spent the night at a Bible college. We arrived there at 2 am, and by 7 am we were already driving again. We drove and drove and drove, through the smog and steppe, until we finally arrived in Biysk. Our friends from Omsk knew a small church there, so we stopped, ate, and kept driving. 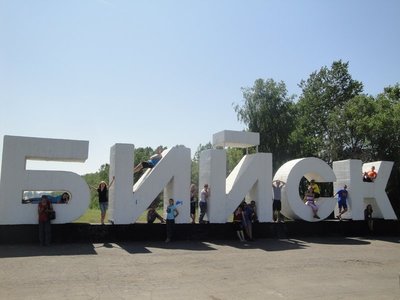 The smoggy steppe did not stop until we finally arrived at the Altai Mountains. Altai is an amazing place. The mountains are huge, the air is fresh, and the greenery reminded me of the countryside of Japan. 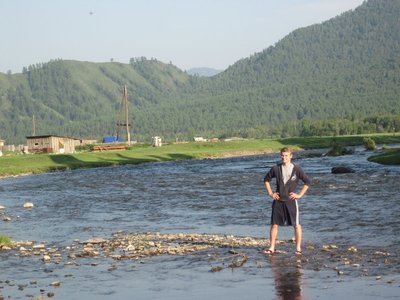 We kept driving until we found a small hotel, where we slept for maybe 5 or 6 hours. By 6 am, we were driving again so that we could arrive at the Mongolia border as early as possible. We came at the Mongolian border at noon and it took us a good 3 -5 hours to pass the беспорядок known as the Russian control and Mongolian controls.

It is amazing how quickly the territory changes the moment you pass the шлагбаум into Mongolia. The asphalt immediately disappears. Furthermore, Mongolian highways are made completely out of gravel, dirt, and dust. They make Russian roads feel like heaven. 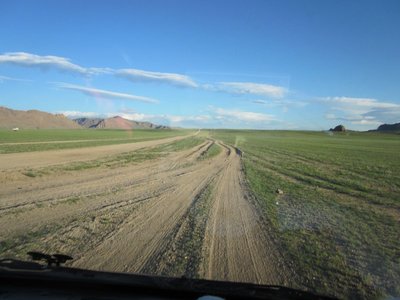 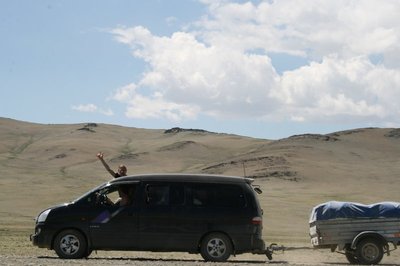 Posted by DanPan 07:14 Archived in Mongolia

Previous Next Table of contents

Wow Dan. Reading this, I really felt like i was looking at the world through your own eyes. Realizing the troubles and tribulations that you had to crawl through, makes me wonder where all your effort and patience comes from. These stories were very inspirational, and much more than that. I am happy for you and for the people that can experience your love and friendship. Though I would probably never have the chance to experience what you have experienced, but I am happy for what you are doing and for the person that you have become. May God bless you in what you are doing abundantly for the hard work that you are willing to do for His name.

Comments on this blog entry are now closed to non-Travellerspoint members. You can still leave a comment if you are a member of Travellerspoint.

If you aren't a member of Travellerspoint yet, you can join for free.